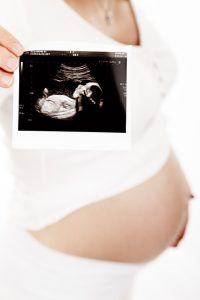 If we take a look back, in the past, knowledge of the human body and our working systems has been only skin deep and it was only recently that modern medicine has been using sound waves to see living organs in action.

Nowadays, the best tool to see what is inside the body is ultrasound, and due to the excellent development of technology, the advanced 3D ultrasound was invented.

This is a machine that produces high-resolution 3D images.

Three-dimensional or 3D multiplanar ultrasound has an additional dimension when compared with the traditional 2D-mode of ultrasound and this is the main difference.

Two-dimension looks only at surface structure while 3D provides the ability to look at three 90 degree planes at the same time.

Three-dimensional is actually the ability to locate the position of an element in three dimensions, designated by the coordinates x, y, and z.

The Xyz-space allows us to describe the position of any point in three-dimensional space.

How Does 3D Ultrasound Work?

People have heard about the ultrasound and its importance, but not many know how it functions.

Ultrasound is the machine that works by “listening” to the sound waves that are directed from specialized equipment and bounced back, resulting in diagnostic imaging.

When 3D ultrasound is in question, those same sound waves are used, but they are directed down at various angles, which enables the receiving equipment to “see” the image as three-dimensional.

This is a process known as “surface rendering”.

What is the difference between 3D and 4D ultrasound?

The difference between 3D and 4D ultrasound exists, and some consider it quite significant, even though it is not that huge.

Four-dimensional or 4D ultrasound is comprised of a series of 3D images.

Actually, it is like 3D in motion or a video in real-time.

With 4D technology, the still images that can be produced with 3D ultrasound are played one right after another, creating a moving picture in real-time.

How do I become a 3D Ultrasound Provider?

There are more and more young learners that are interested in becoming 3D or 4D ultrasound providers.

So as to reach this career, you need first to earn your associate’s degree in diagnostic medical sonography.

If you decide to attend an associate’s degree from a CAAHEP accredited sonography program, you will be provided with the necessary education and training to work as an ultrasound tech, and to explore other specializations within the field.

It is worth mentioning that educational programs do not offer a specific 3D/4D degree option.

Actually, schools do offer training in this area but only as part of their regular curriculum.

Training options vary from school to school,  and once you have earned your degree, you will be eligible to sit for Sonography Principles & Instrumentation (SPI) examination, administered by The American Registry for Diagnostic Medical Sonography® (ARDMS®).

You should know that certification from the ARDMS® is still not required in all the states and for all employers, but so as to be a more attractive candidate, this level of training and expertise is needed.

Being that its use in medicine is relatively new, we would like to mention the process of its development.

Brown played an important role in the history of ultrasound and was inducted into the Scottish Engineering Hall of Fame in 2014.

3D Medical Ultrasound techniques continue to improve in the fields of medical imaging and diagnosis and its usage is expanding.

The most important usage of 3D ultrasound is during pregnancy.

All the advancements in 3D and 4D ultrasound have allowed both physicians and parents to observe more details of babies developing inside the womb.

Parents who are expecting a baby experience one of the most exciting moments during pregnancy and that is their first prenatal ultrasound.

During a prenatal ultrasound, most parents want to see as clear a picture as possible and that is available thanks to the constant development of technology.

Another important moment that is available thanks to ultrasound is hearing and seeing your baby’s heartbeat for the first time.

All in all, when it comes to pregnancy, ultrasound technicians provide expecting parents with this enhanced view into the growing baby’s world and they are the first to notice if something is wrong with the baby.

The majority of women will have an ultrasound at some point during their pregnancy.

The traditional 2D ultrasound can be used to determine gestational age, sex, and health of the fetus as it only produces flat images that show the outlines of the internal organs of the baby, which can be helpful in diagnosing a variety of abnormalities, but there are numerous benefits of a 3D ultrasound, as well.

Benefits of 3D and 4D Ultrasound

In case a pregnant woman goes to 3D and 4D ultrasound, the physician will be able to better detect abnormalities among developing fetuses.

This is due to the more advanced ultrasound technologies, and 3D and 4D ultrasounds are often used to image mothers with high-risk pregnancies.

Abnormalities among fetuses could be physical, which can be noticed by 2D ultrasound, but heart abnormalities, behavioral concerns, helping to diagnose brain and nervous system problems can only be detected using 3D and 4D ultrasound with Doppler technology, Penn medicine adds.

Risk of 3D and 4D Ultrasounds

Some people believe that the more traditional 2D ultrasounds cause less risk and harm, however, that is the wrong view.

The risk involved with 3D and 4D procedures is considered to be quite low, being that the technology is essentially the same.

The only difference is in the advancement of the equipment receiving the ultrasound waves, not the application of the waves themselves.

The moving images of a 4D ultrasound are not prescribed to each and every pregnant woman, so the procedure is done when deemed medically necessary.

This is a very specialized technique that should be administered only by trained healthcare staff in a hospital or ambulatory care setting.”

First, there were sonogram photos and videos which were followed by ultrasound viewing parties.

Today, there are 3D-printed fetuses so you can hold your “baby” while he or she is still in the womb.

So, there is debate about the medical need for these scans.

Organizations such as the U.S. Food and Drug Administration (FDA), American Institute of Ultrasound in Medicine, and the American Pregnancy Association are fighting against businesses that promote non-medical 3D ultrasound services, and they focus their attention on the operators of ultrasound equipment that could be inadequately trained.

Difference Between an Ultrasound Technician and a Radiologist

If you wonder whether there is a difference between an Ultrasound Technician and a Radiologist, we are here to make…

Prior to deciding which school to attend, the most important thing is to do research, related to conditions that the…

When Was Ultrasound Invented?

Nowadays, everybody speaks about how promising a sonography career is and that it is a perfect time to start getting…