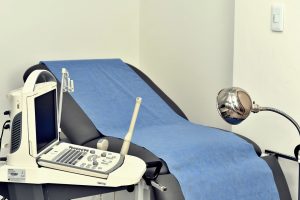 Nowadays, everybody speaks about how promising a sonography career is and that it is a perfect time to start getting educated towards this field, but nobody asks questions about when ultrasound was invented and how it was developed.

Today’s diagnostic ultrasonography is the product of the efforts of physicists, engineers, computer scientists, doctors, physiologists, researchers, sonographers, entrepreneurs, and large commercial companies over many decades.

Everything stared in 1794 when an Italian physiologist/biologist discovered that bats navigate using the reflection of high-frequency sounds which is considered as the basis of ultrasound physics.

This discovery led to the development of sonar and radar systems, but in 1942, an Austrian neurologist/psychiatrist used ultrasonic beams to diagnose brain tumors.

Not until 1952, ultrasound began to be used to view pregnancies by the American Institute of Ultrasound in Medicine (AIUM).

What makes ultrasound different from other imaging techniques is that it does not use radiation, so it can be used for viewing a developing fetus during pregnancy without causing any harm to it.

With the development of technology, ultrasound has experienced a huge improvement, moving from black-and-white still images to real-time moving color images.

The invention and introduction of microchips made the imaging systems become faster and more powerful than ever before.

Sonography has become a non-invasive medical procedure that uses the echoes of high-frequency sound waves (ultrasound) with the aim to construct an image (sonogram) of internal organs and body structures so as to help physicians detect, describe and treat diseases.

Ultrasound was discovered by Lazzaro Spallanzani, an Italian Catholic priest, biologist, and physiologist.

He has made a number of scientific contributions in terms of understanding of bodily functions, animal reproduction, animal echolocation, biogenesis, and fossils.

Spallanzani, in 1794, conducted extensive experiments on bat navigation in complete darkness and concluded that bats did not use their vision, but some other sense, that is, use echo reflection from the inaudible high-frequency sound.

Echolocation is the process when animals emit sounds with the aim to determine how far away something is and that is determined by how long it takes for the sound they make to reflect (or echo) back to them.

Spallanzani’s work enabled later scientists who went on to study the sensory mechanisms and processing involved in echolocation.

The Foundation for Modern Ultrasounds

It is a facet that Lazzaro Spallanzani’s work in echolocation laid the foundation for the study of ultrasound physics, which led to sonar and radar systems later on.

Pierre and Jacques Currie’s discovery of piezoelectricity in France, in 1877, is considered a turning point in the development of ultrasound.

Piezoelectricity can be described as the electric charge that accumulates in certain solid materials and in the biological matter in response to applied mechanical stress.

This discovery also led to the development of underwater sonar detection systems which are essential for submarines to use in navigation.

In 1914, the first working sonar system was designed and built in the United States.

The History of Ultrasound

Unlike many other medical fields that have been developed many years ago, sonography is relatively new.

In the period from the 1920s to the 1930s, ultrasound began to be used in physical therapy, and not until 1942, was it included in medical diagnosis.

Actually, it was an Austrian physician Karl Dussik who was the first physician to employ it, by transmitting an ultrasound beam through the human skull to detect brain tumors.

Real-time ultrasound images were produced in the 1950s.

The First International Conference on Diagnostic Ultrasound was held in Pittsburgh ten years later, and Doppler imaging was used to detect peripheral vascular disease in the 1970s.

The field kept on developing and the ultrasound images were encoded in color and superimposed on 2D anatomical images.

Throughout the years, there have been significant improvements in equipment and image quality.

The development of ultrasound led to many changes, that is, the equipment has become smaller, more powerful, and more efficient, allowing ultrasound to be used in point-of-care settings, and nowadays, ultrasound can capture volumes.

We will continue to see improvements in images in the years to come.

The Future of Ultrasound Technology

The use of FDA-approved contrast-enhanced ultrasound permits diagnostic imaging of lesions that would not have previously been possible.

The reason why this technique keeps on developing is that using ultrasound for diagnosis is less expensive than a lengthy surgical procedure.

Plus, it reduces the need for invasive procedures and leads to faster healing, with less risk of infection, so there is an increased satisfaction for both patients and providers.

Having in mind the fact that technology is developing at a fantastic pace, over the next few years we cannot imagine how developed ultrasound techniques will be.

Ultrasound technicians, also known as sonographers, are often associated with pregnancy. The first time a mom-to-be sees a glimpse of her…